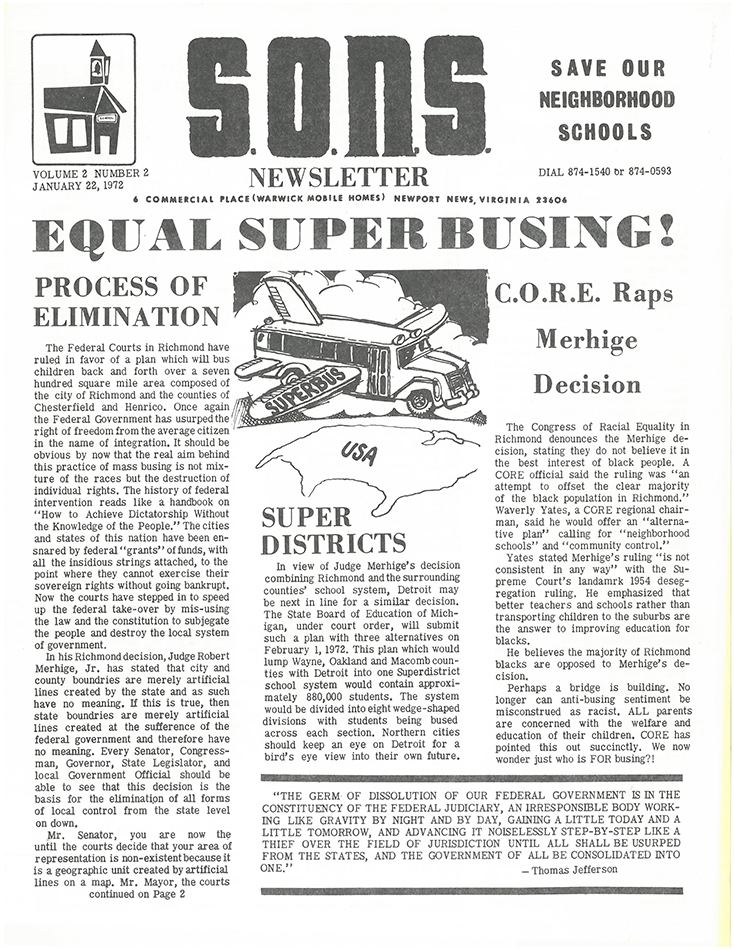 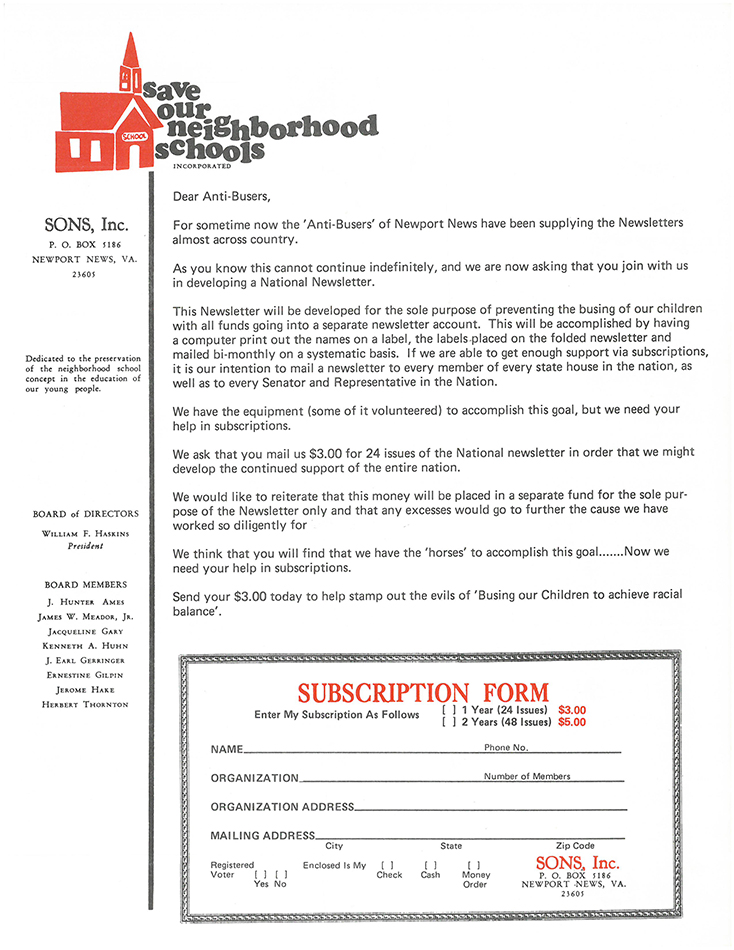 This newsletter is a publication of the anti-busing Save Our Neighborhood Schools, Inc., (SONS) organization. A subscription form listing the Board of Directors for SONS is also shown.

In the 1970 case, Bradley v. Richmond School Board, Judge Robert Merhige, Jr., ordered limited citywide busing in order to integrate Richmond, Virginia, schools, resulting in further white flight. Opposition from white parents was fierce and organized, as evidenced by groups such as SONS.

Merhige's decision was overturned on June 6, 1972 by the U.S. Fourth Circuit Court of Appeals, which was affirmed a year later in the U.S. Supreme Court. The Court subsequently invalidated most busing across city-county boundaries and, unable to counteract white flight, many city schools again became overwhelmingly black. The trend continued through the late-twentieth century, and Richmond neighborhoods were more racially segregated in 1980 than in 1960.

From the Subscription Form:

"Dedicated to the preservation of the neighborhood school concept in the education of our young people."

Save Our Neighborhood Schools, Inc.

Hayter, J. (2017). The Dream is Lost: Voting Rights and the Politics of Race in Richmond, Virginia.

Pratt, Robert A. The Color of Their Skin: Education and Race in Richmond, Virginia, 1954-89.

The Conscience of Virginia: Judge Robert R. Merhige, Jr., and the Politics of School Desegregation