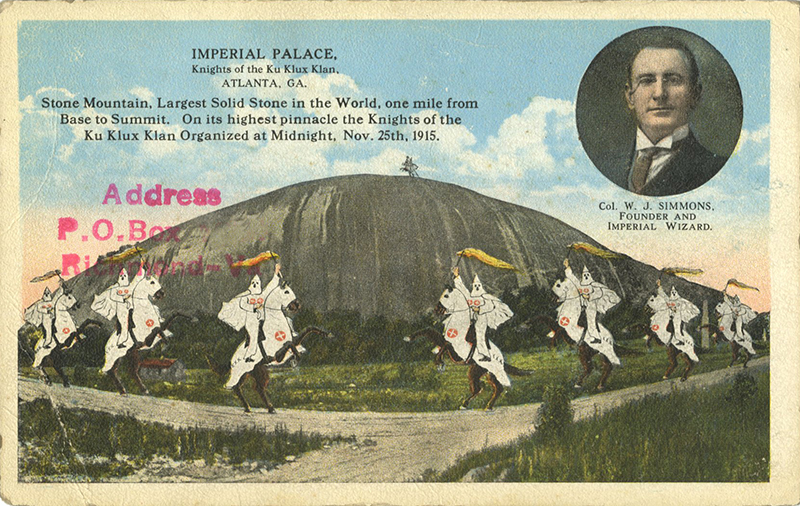 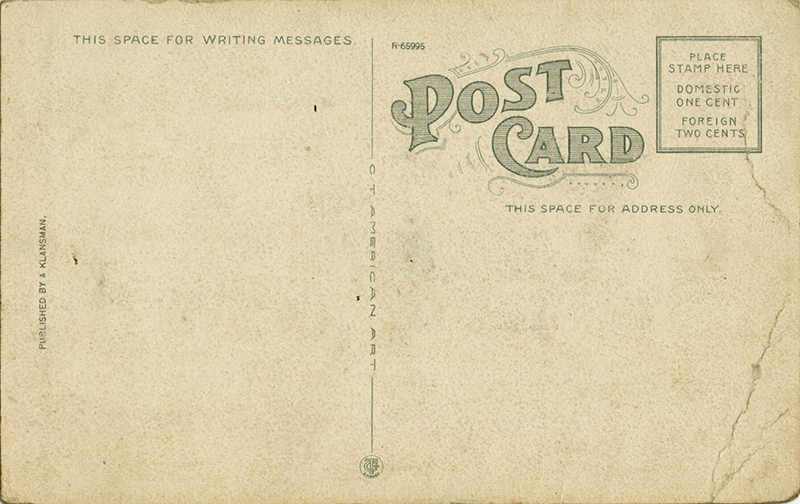 Stone Mountain, Largest Solid Stone in the World, one mile from Base to Summit. On its highest pinnacle the Knights of the Ku Klux Klan Oranized at Midnight, Nov. 25th, 1915."

On reverse: "Published by a Klansman"

The birth of the second Ku Klux Klan was partly inspired by D. W. Griffith's 1915 film, The Birth of a Nation.

The face of Stone Mountain became the site of the Confederate Memorial Carving, the largest bas-relief sculpture in the world. This bas-relief depicts the  three Confederate leaders of the Civil War: President Jefferson Davis and Generals Robert E. Lee and Thomas J. "Stonewall" Jackson. The sculptor was Gutzon Borglum, whose next major project was Mount Rushmore.