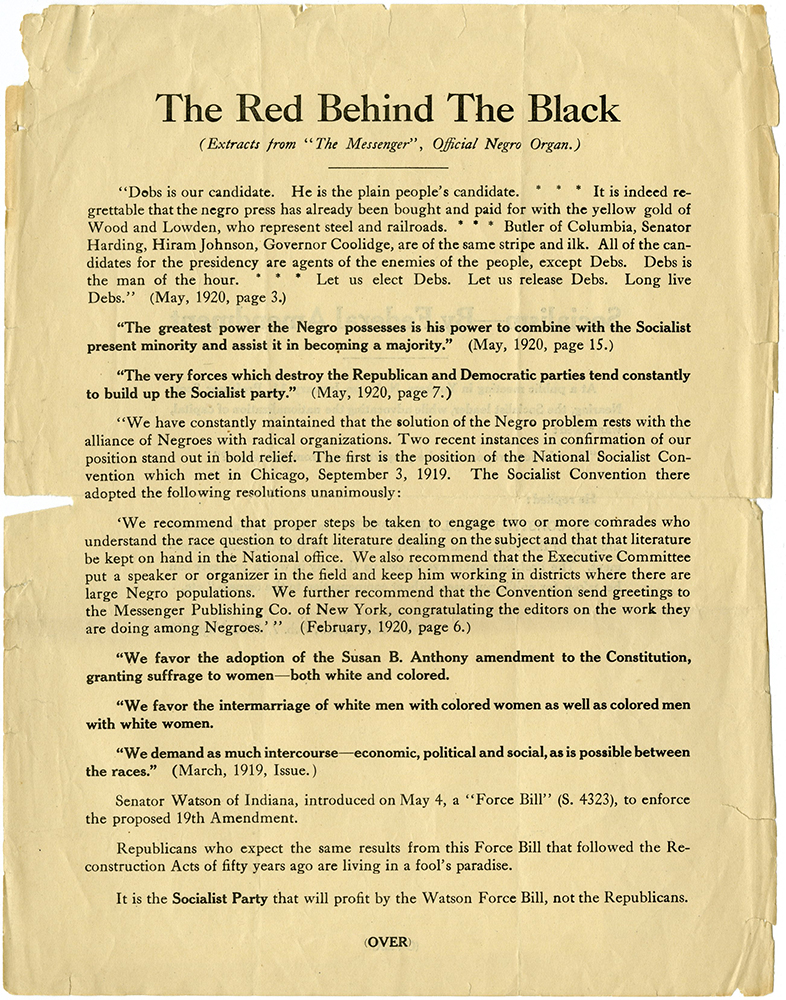 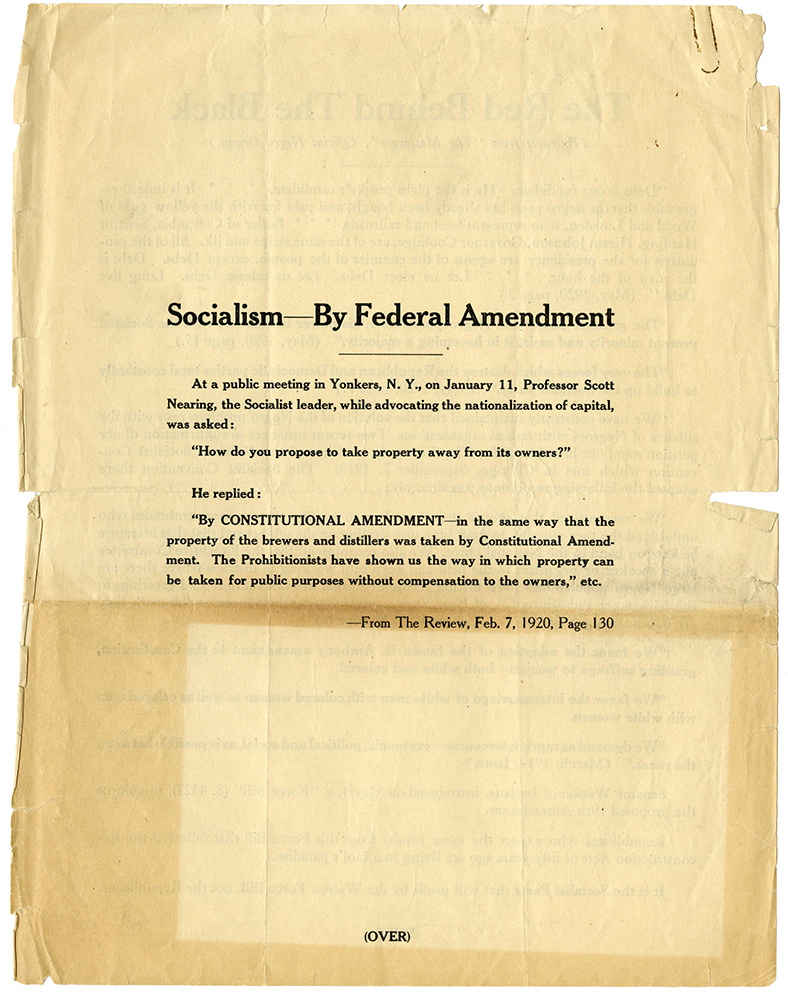 Two-sided handbill. One side uses quotations from The Messenger (1917-1928) to associate woman suffrage, black voting, and a socialist takeover of the United States government.

The handbill argues that Socialists will benefit if a "Force Bill" introduced by Senator James E. Watson of Indiana were to be passed to enforce the 19th Amendment. The text raises the issues of interracial marriage and desegregation as threats.

On the reverse, Scott Nearing is quoted as having replied to the question, "How do you propose to take property away from its owners?"

"By CONSTITUTIONAL AMENDMENT--in the same way that the property of the brewers and distillers was taken by Constitutional Amendment. The Prohibitionists have shown us the way in which property can be taken for public purposes without compensation to the owners," etc.
--From The Review, Feb. 7, 1920, Page 130

Acknowledgement of the Virginia Commonwealth University Libraries as a source is requested.
Back to Set