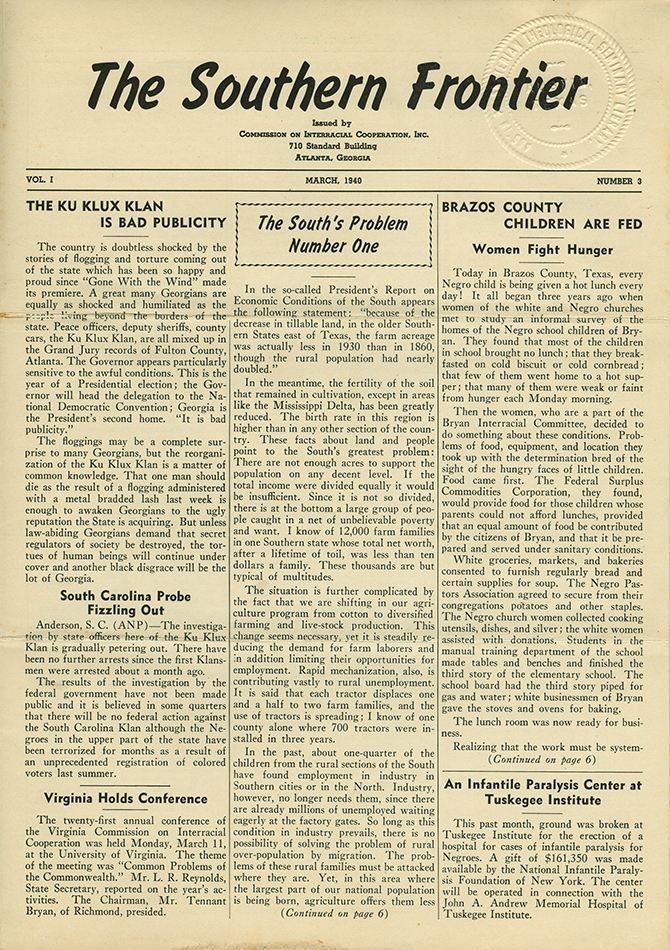 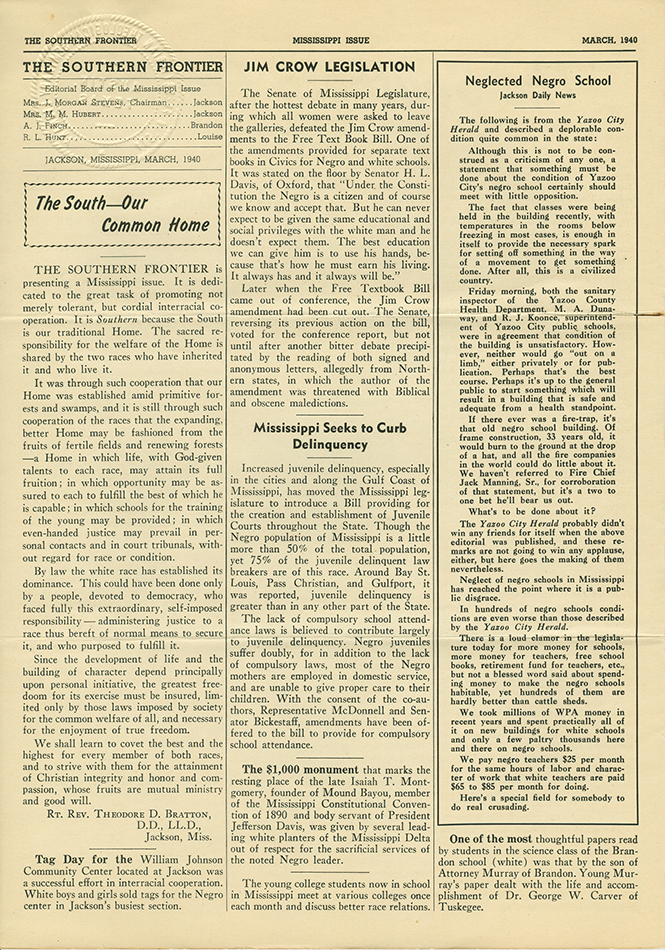 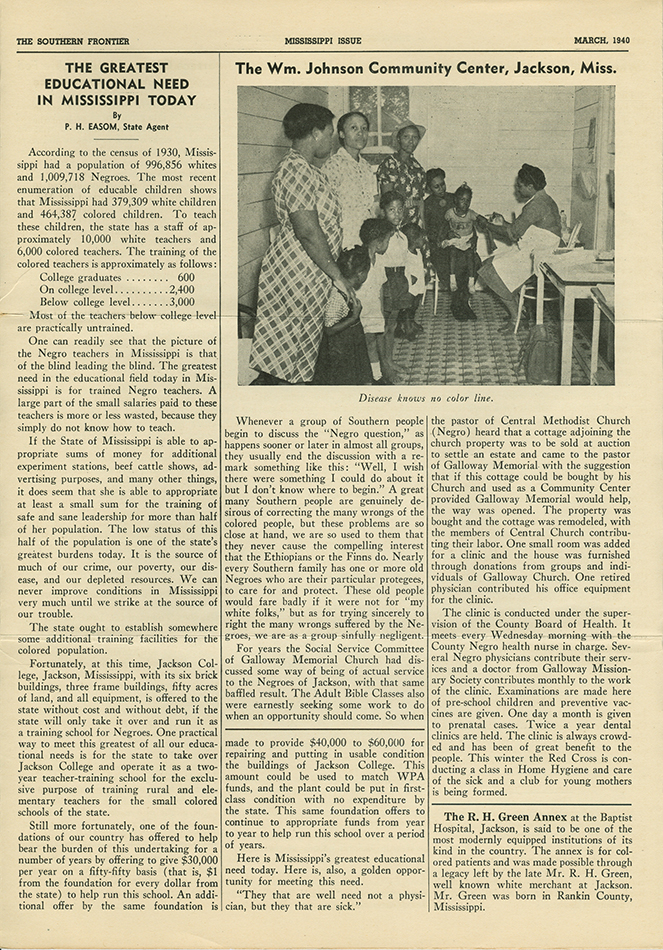 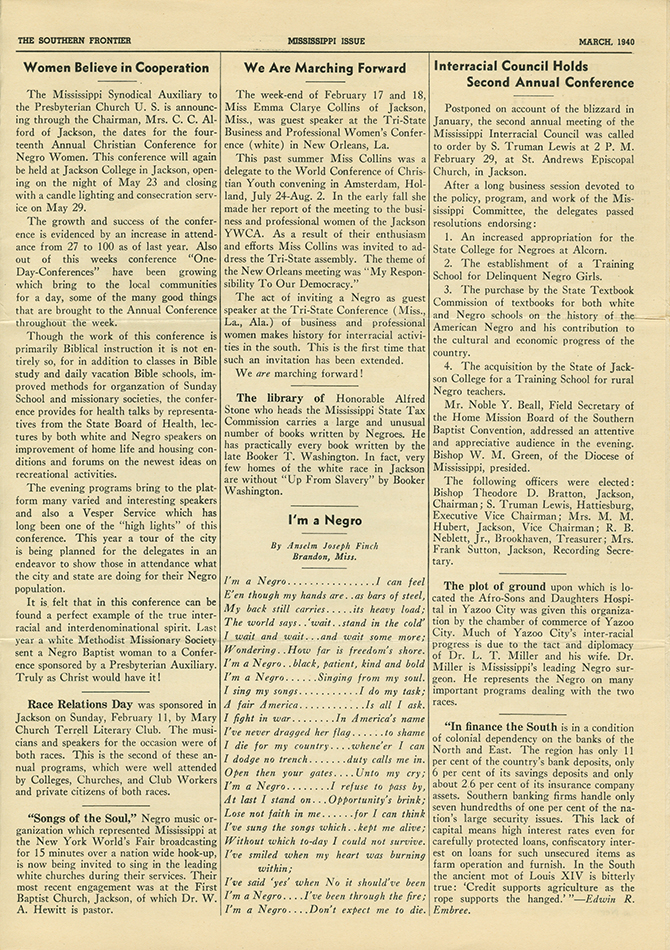 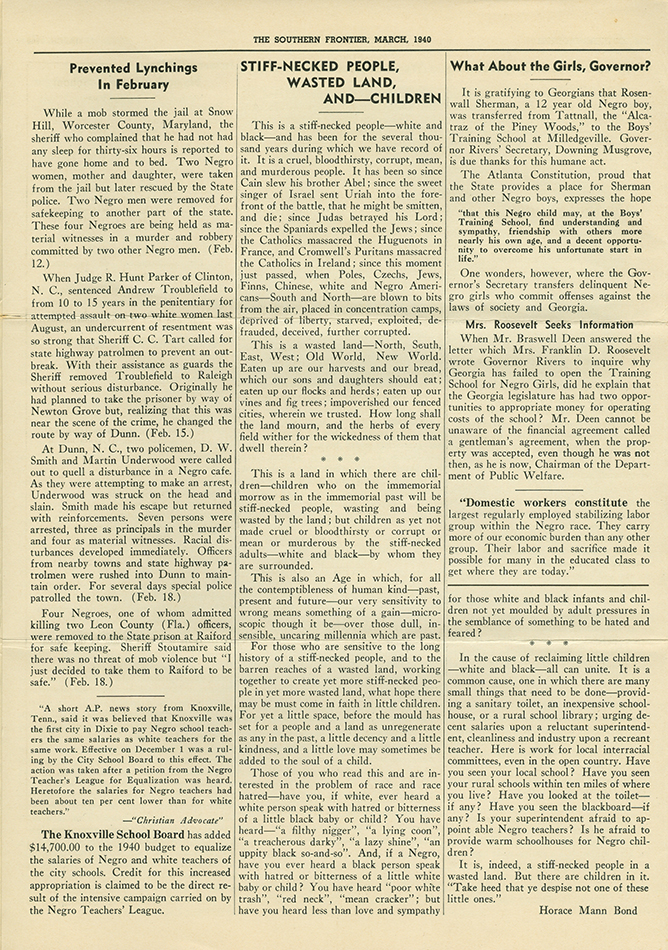 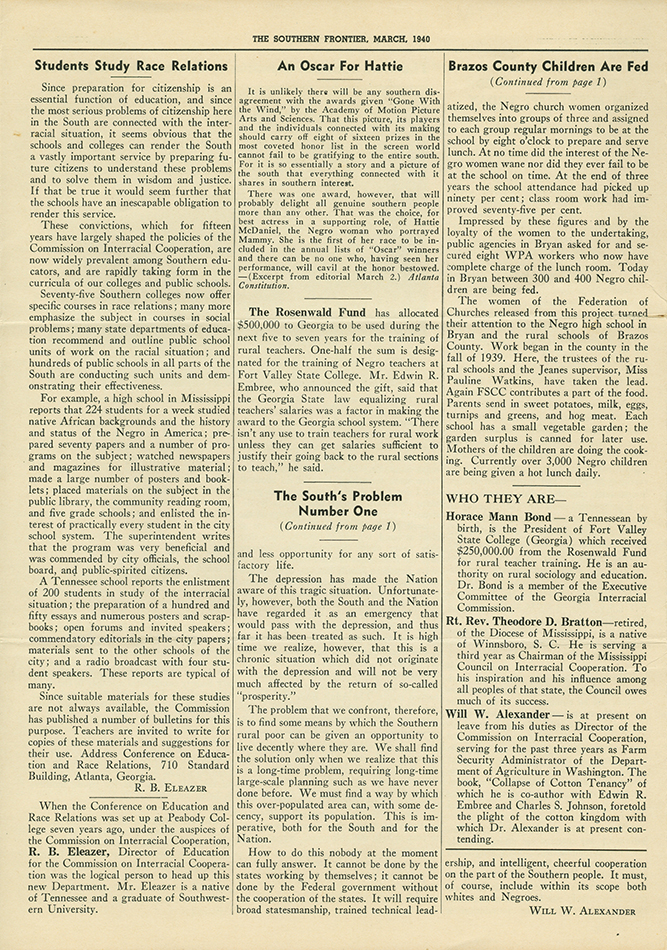 “The South’s Problem Number One” – An article discussing poverty and over-population in the South.

"Jim Crow Legislation" - An article about the defeat of Jim Crow amendments to a Mississippi Free Text Book Bill. State Senator H. L. Davis of Oxford is quoted as saying, "Under the Constitution the Negro is a citizen and of course we know and accept that. But he can never expect to be given the same educational and social privileges with the white man and he doesn't expect them. The best education we can give him is to use his hands, because that's how he must earn his living. It always has and it always will be."

"An Oscar for Hattie" - An article about Hattie McDaniel's Academy Award for her role as Mammy in "Gone With the Wind."