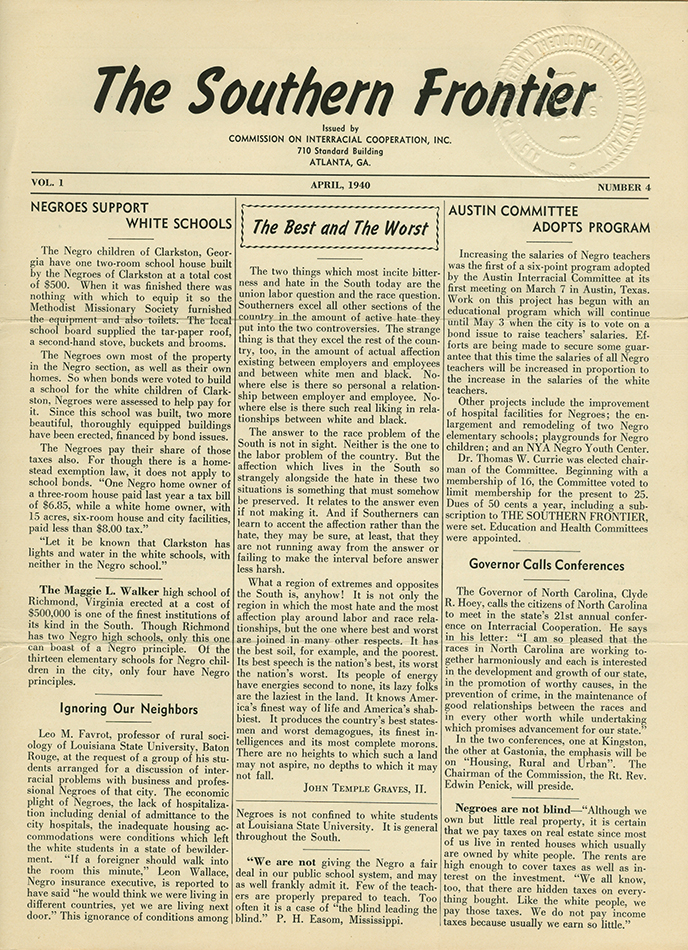 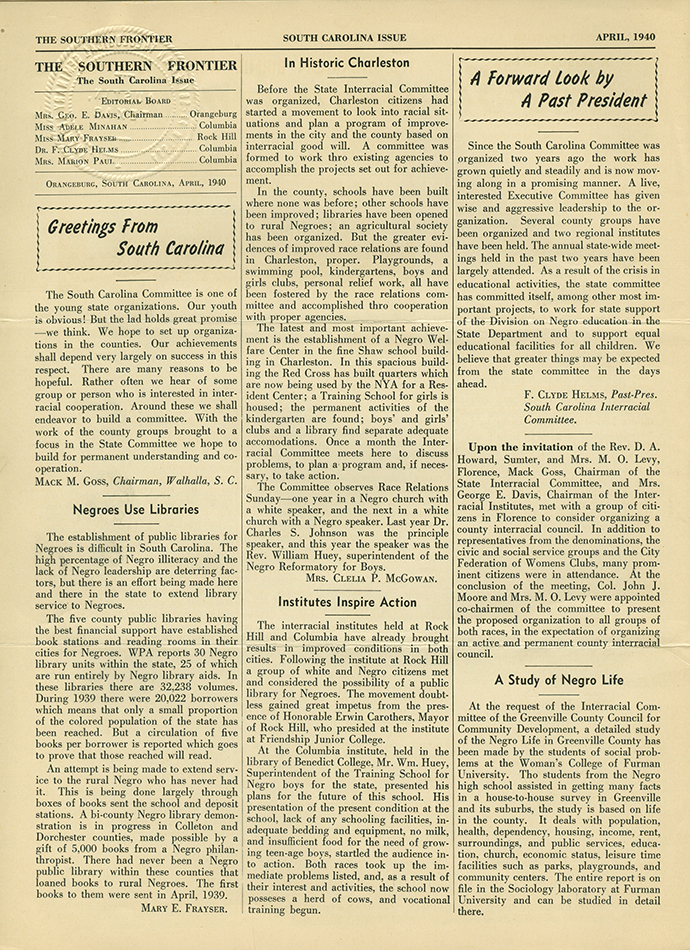 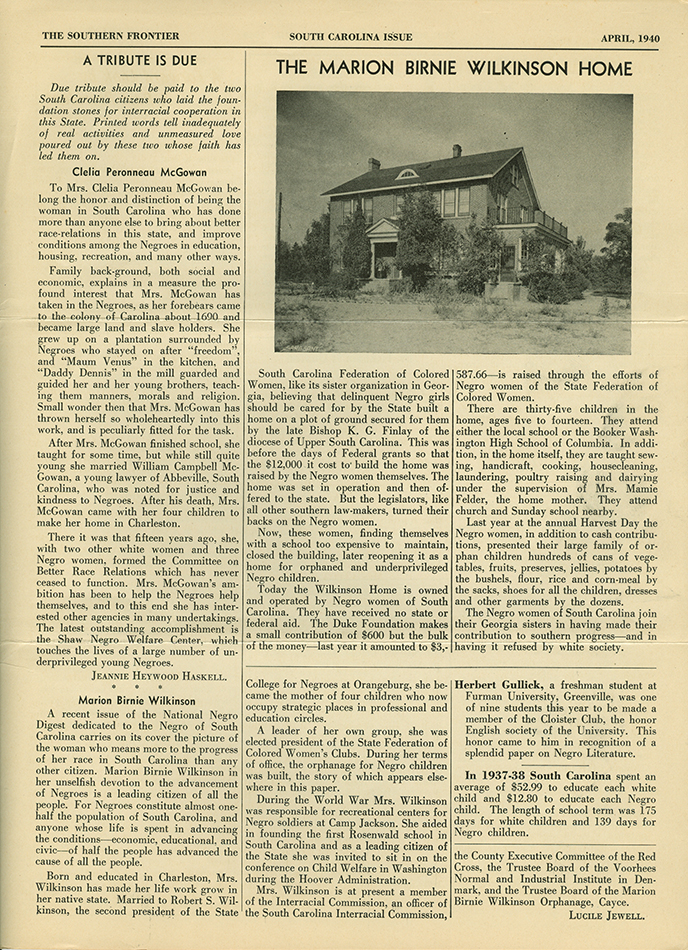 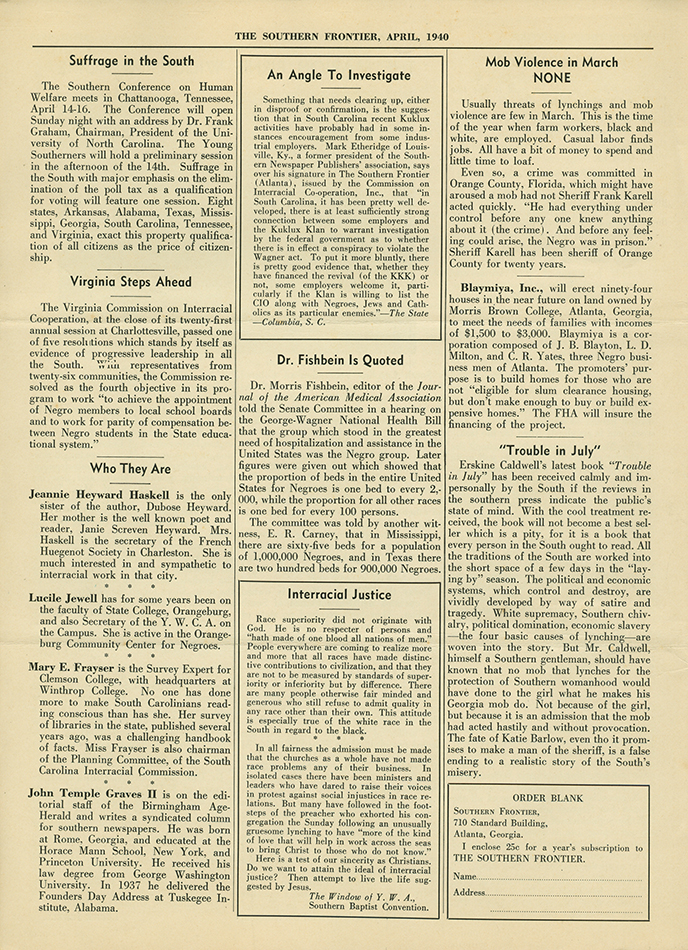 Published by Commission on Interracial Cooperation (CIC), The Southern Frontier was a monthly newsletter, first issued in January, 1940. Aiming to share the stories overlooked by traditional newspapers, the newsletter published stories of social progress, as well as stories of racial injustices faced by African Americans across the American South.
As described by the then President of the CIC Howard W. Odum, the name The Southern Frontier alludes to the need for even greater pioneering and progress in the social and cultural frontiers, the American South being the most turbulent field in reference to race relations and progress at the time.

“A Tribute Is Due” – Profiles on Clelia Peronneau McGowan and Marion Birnie Wilkinson, who “laid the foundation stones for interracial cooperation in [South Carolina].”

"Negroes Use Libraries" about efforts to extend library service to African Americans in South Carolina.

A brief article about Maggie L. Walker high school of Richmond, Va., notes that it cost $500,000 and is "one of the finest institutions of its kind in the South."