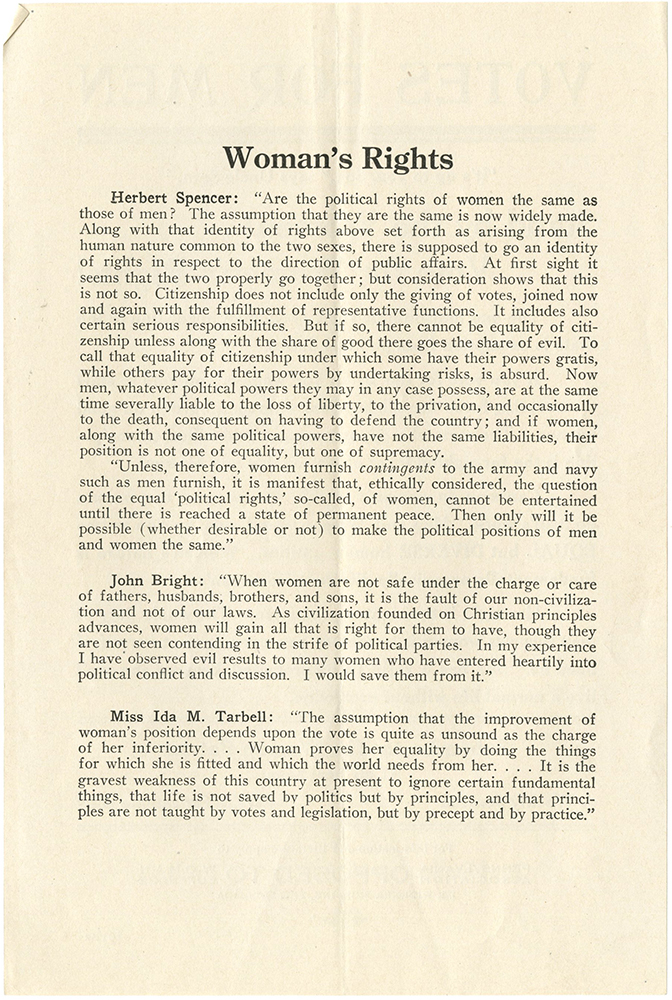 Anti-suffrage handbill arguing that women have the right to exemption from political duties and to protection, "even against herself, if need be."

An advertisement for a weekly journal, The Woman Patriot, is included on this handbill.

The one indisputable right of woman in relation to the State is exemption from political duties.

If you vote for the ballot for women, you vote to start a corrupting force for all heedless women, a burden on good women. The man who opposes women's so-called emancipation is the far-sighted lover of his country and his kind.

Can man do woman's work? No, no more can woman do man's work. Man and Woman stand side by side as two EQUAL but DIVERSE human entities. Woman's nature is fundamentally organically different from man's.

Her right is the right to protection. The whole duty of man towards woman is to protect her, even against herself, if need be. She has a right to be protected, because she can't live a normal life without protection."

Annotate a PDF of this item with hypothes.is
Social Welfare History Image Portal