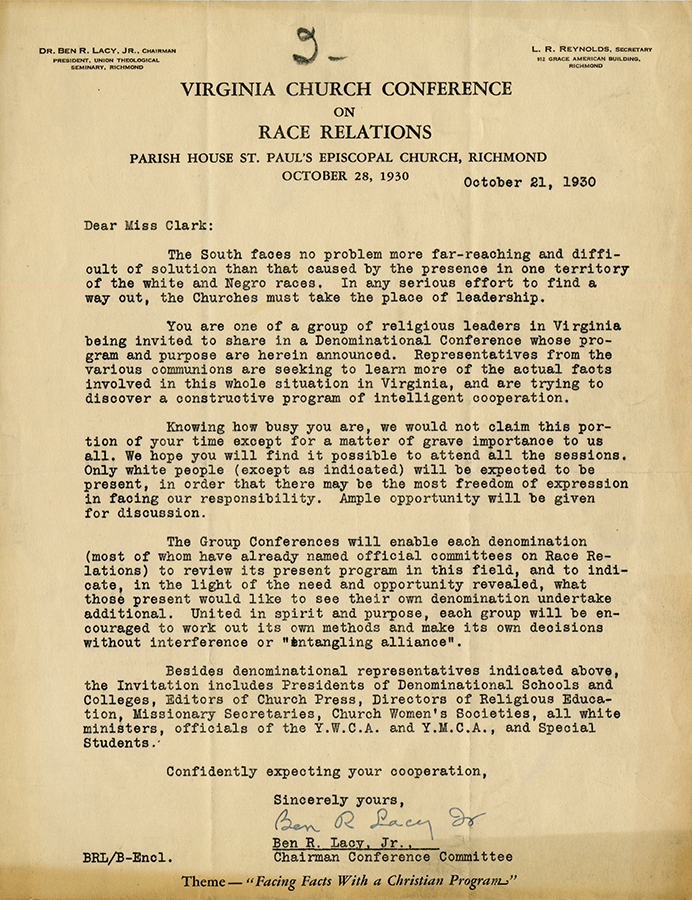 Lacy begins, "The South faces no problem more far-reaching and difficult of solution than that caused by the presence in one territory of the white and Negro races. In any serious effor to find a way out, the Churches must take the place of leadership."

The letter notes that "Only white people (except as indicated) will be expected to be present, in order that there may be the most freedom of expression in facing our responsibility."

Representatives from the various denominations, "Presidents of Denominational Schools and Colleges, Editors of Church Press, Directors of Religious Education, Missionary Secretaries, Church Women's Societies, all white ministers, officials of the Y.W.C.A. and Y.M.C.A. and Special Students" were invited.

See all documents related to this event.

Among the speakers at the conference were Gordon B. Hancock, a professor at Virginia Union University, spoke on living conditions of African Americans in Richmond, and Dr. Robert Russa Moton, Principal of Tuskegee Institute whose address closed the conference.