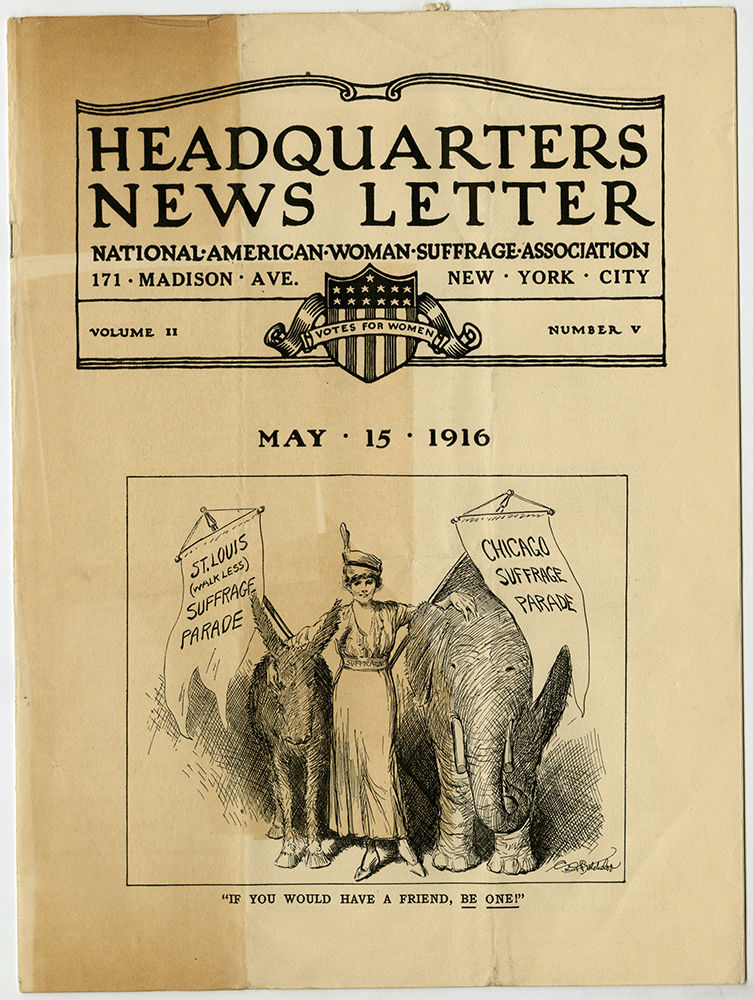 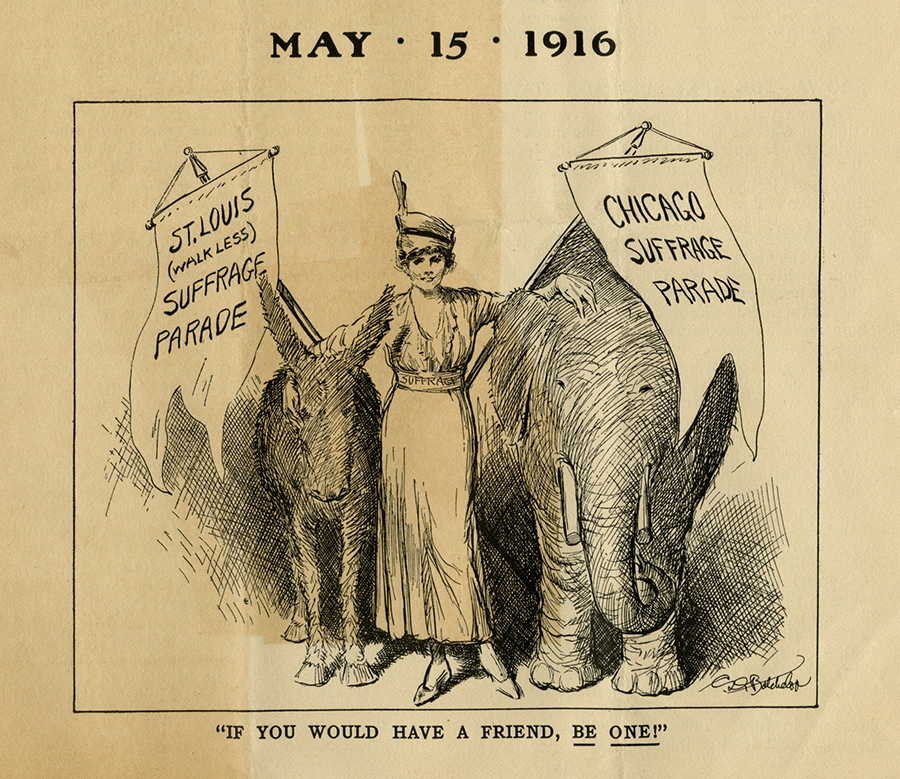 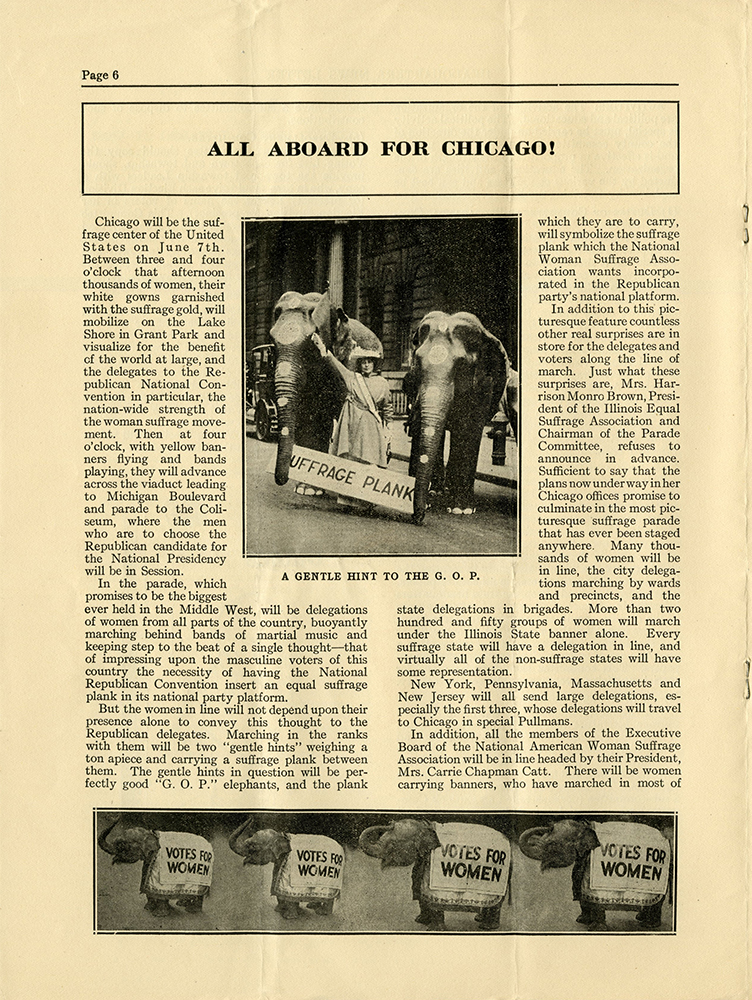 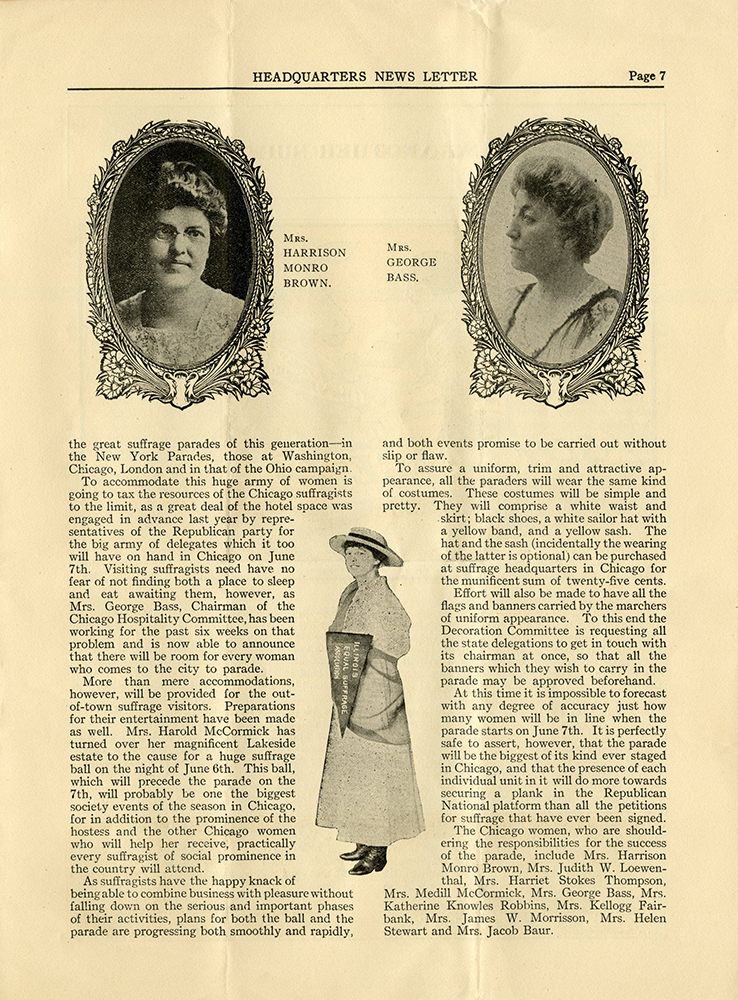 Editorial cartoon on cover by C. D. Batchelor is captioned, "IF YOU WOULD HAVE A FRIEND, BE ONE!" It shows a woman (suffrage) standing with her arms draped over a donkey (at left) and an elephant (at right). Two banners are crossed behind her: "St. Louis (walk less) Suffrage Parade" and "Chicago Suffrage Parade."

The article on pp. 6-7 "All aboard for Chicago!" begins "Chicago will be the suffrage center of the United States on June 7th." The article continues, "In the parade, which promises to be the biggest ever held in the Middle West, will be delegations of women from all parts of the country, bouyantly marching behind bands of martial music and keeping step to the beat of a single thought--that of impressing upon the masculine voters of this country the necessity of having the National Republican Convention insert an equal suffrage plank in its national party platform."

Acknowledgment of VCU Libraries as a source is requested.