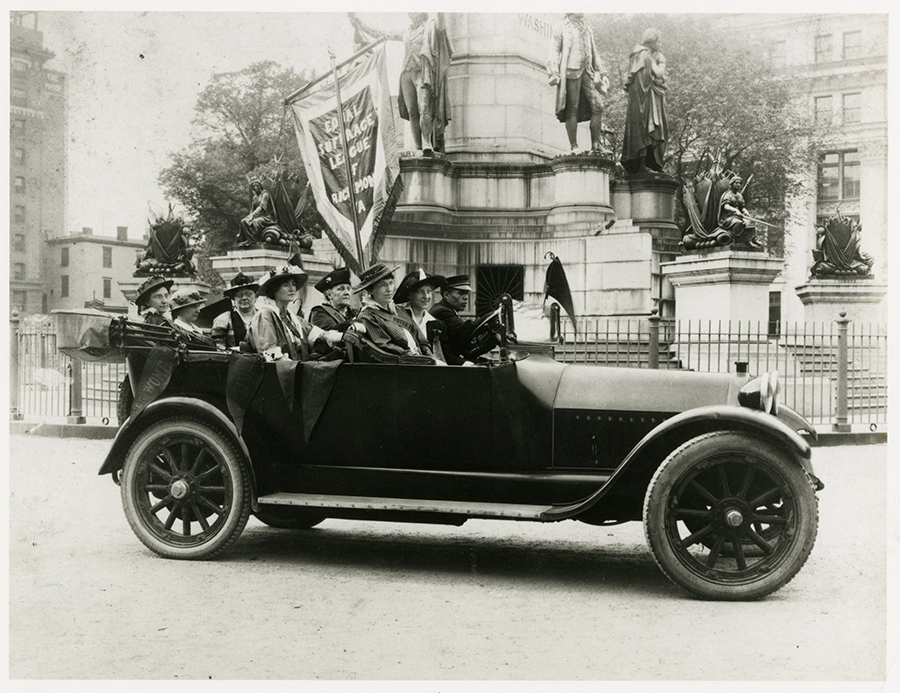 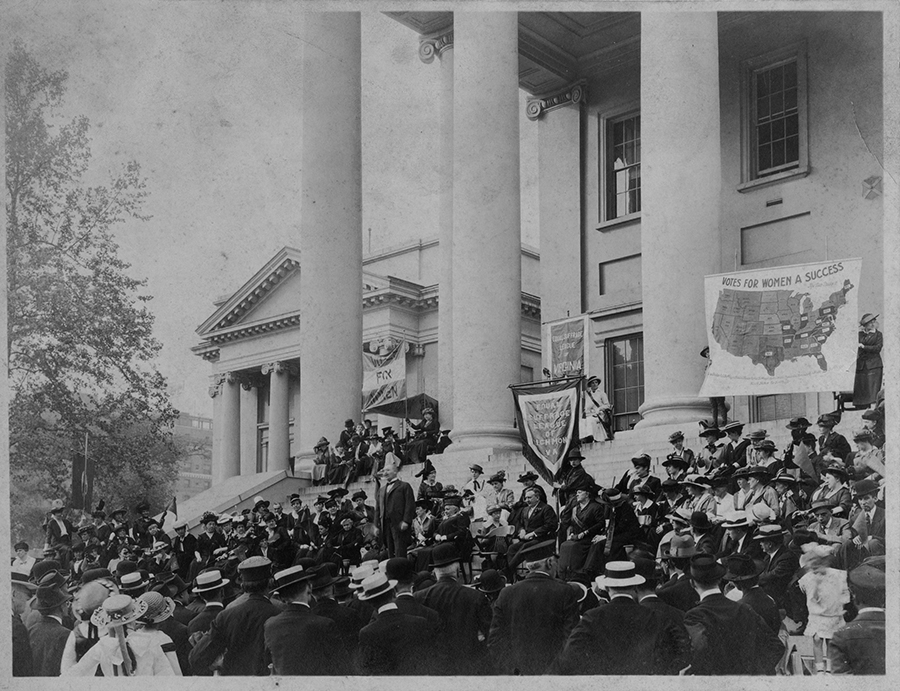 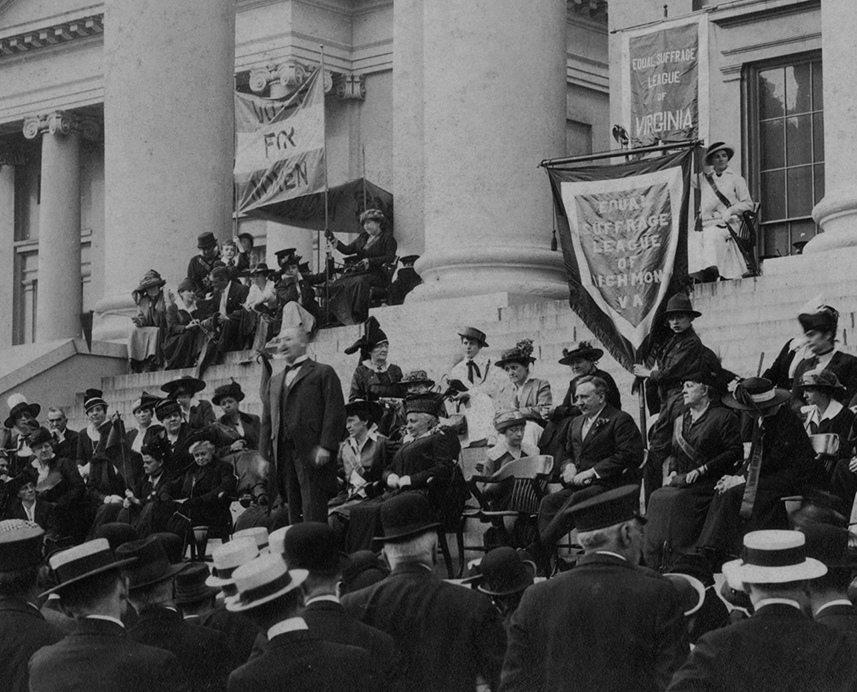 These photographs document a suffrage rally held on the south portico of the Virginia Capitol on May 1, 1915. Dr. E. N. Calisch, rabbi of Congregation Beth Ahabah, spoke in favor of woman suffrage at the event. Joy Montgomery Higgins of Nebraska addressed the crowd next.

The Equal Suffrage League was denied permission to speak on city streets by Richmond Mayor Ainslie, on the grounds  that, while there was no law forbidding them to speak, neither was there one that allowed him to grant them a permit. The women proceeded to give speeches from inside an automobile, and the event was documented and reported by the Richmond Times-Dispatch on May, 2, 1915. According to the paper,

Floating suffrage banners, fluttering yellow ribbons, silver-toned bugles, and a brass band proclaimed the fact that yesterday was Equal Suffrage Day in Richmond, as well as in every other town and city of the United States.

Throughout the morning forty women, at eleven stands about the city, sold copies of the Woman's Journal, and suffrage flags, buttons, and postcards. The cordial and sympathetic attitude shown by the public was regarded as a striking illustration of the change in public opinion effected during the last few years.


By June, ESL members had successfully secured a permit to speak on city streets.

Note: Images displayed here are black and white copies of the original photographs.

Acknowledgment of VCU Libraries as a source is requested.